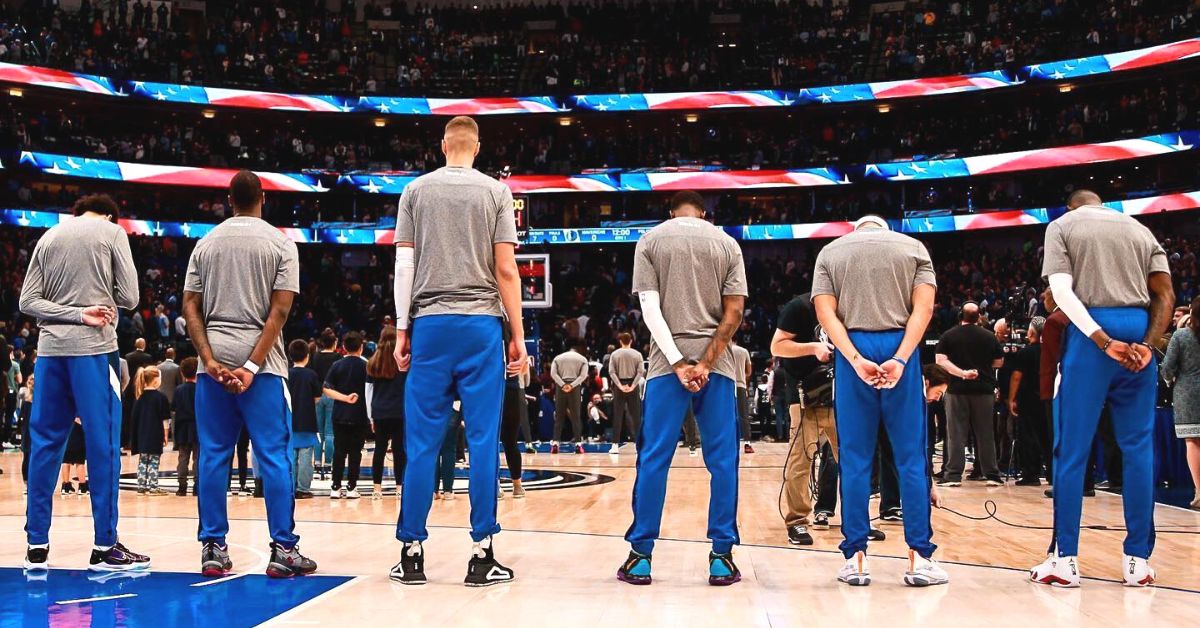 Much of major league sports look mightily different in 2021 but that's due to the ongoing COVID-19 pandemic, which necessitates minimal fans in the stands, if any at all, to curb the spread of infections. It has certainly been odd to tune into games no matter what sport you're watching and not see masses of people cheering on their team.

To be sure, leagues and teams have had to make other adaptations and try new things to get back into action, in addition to the lack of fans packing arenas and stadiums. But that's not what led to a controversial decision by the NBA's Dallas Mavericks.

For the Mavs' first 13 games of combined pre-season and regular season action in 2021, they decided not to play the national anthem before the game.

And they didn't make any kind of an announcement about it, either publicly or internally. With no fans around, nobody noticed for quite some time.

And then, The Athletic broke the story, noting that the decision by owner Mark Cuban made the Mavericks the first pro sports franchise to ditch the anthem before games altogether.

Cuban's decision to stop playing the anthem before the team's games sparked a firestorm of criticism.

Questions about it even reached White House press briefings, as ESPN reported.

Lawmakers in Texas responded harshly, with Republican Lt. Governor Dan Patrick pledging to introduce a bill that would require all events that receive public funding to play the national anthem ahead of time, and other suggesting the team should face increased scrutiny over its taxes.

As Cuban explained, it wasn't a decision he made lightly.

Cuban told ESPN that he had been in contact with NBA commissioner Adam Silver about the idea before the start of the season, and that it had come as a result of "talking to the community."

"In listening to the community, there were quite a few people who voiced their concerns, really their fears that the national anthem did not fully represent them, that their voices were not being heard. So we've had a lot of conversations about whether or not we should play the anthem," he said.

"We didn't make any decision to never play the national anthem then -- that wasn't the case at all. We didn't cancel the national anthem. We still had our flag flying proud up on the wall at the American Airlines Center and everybody had the opportunity to address it and pray to it or salute to it or whatever their feelings are."

Nevertheless, after the news broke, the league stepped in.

In a statement, the league said that "With NBA teams now in the process of welcoming fans back into their arenas, all teams will play the national anthem in keeping with longstanding league policy," AP News reported.

Following the league's intervention, Cuban released a statement of his own, saying that "We respect and always have respected the passion people have for the anthem and our country," and indicated that the team would comply going forward.

It's not the first time Cuban and the Dallas Mavericks have courted controversy around the national anthem, either. 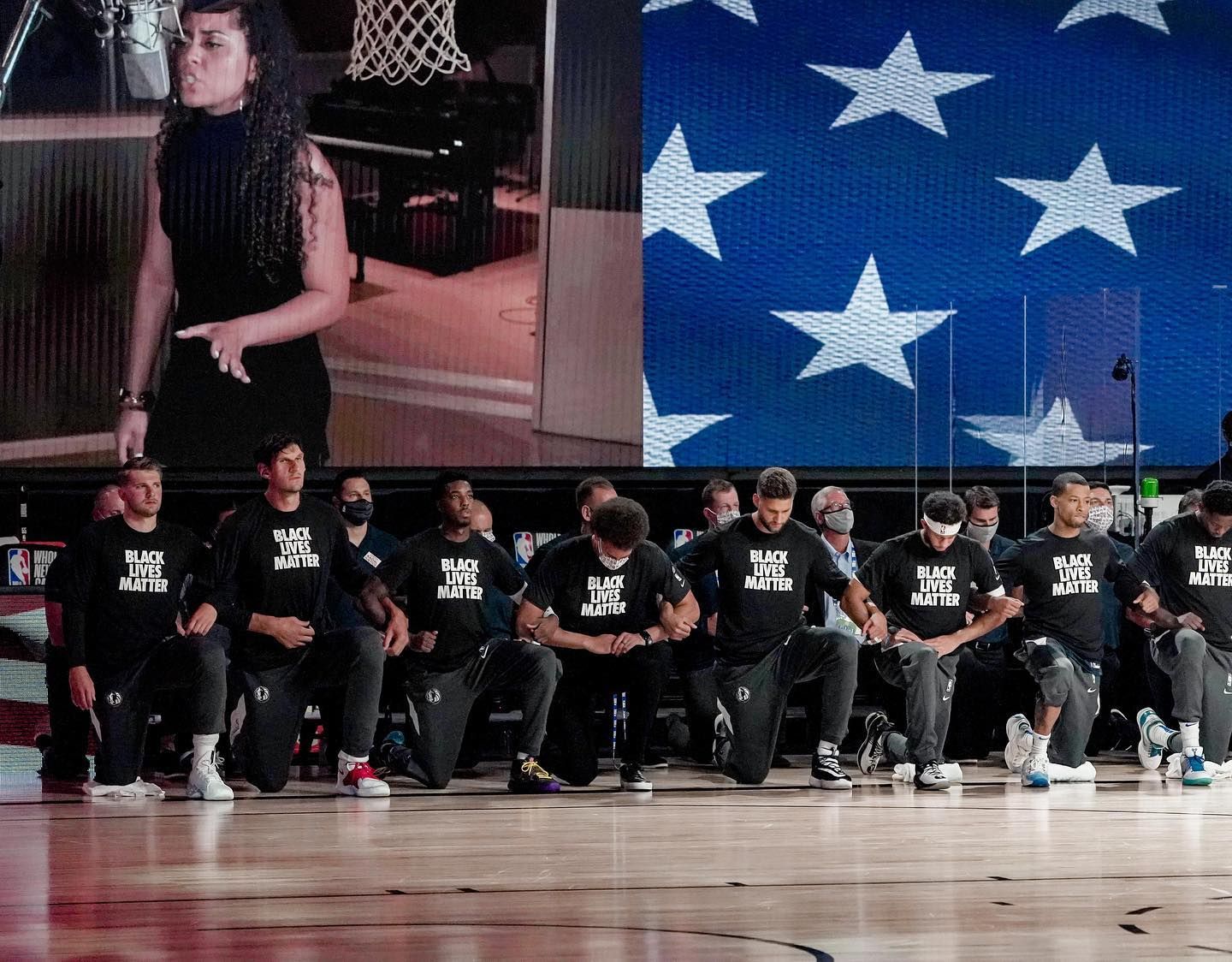 In June, Cuban found himself embroiled in a Twitter feud with Texas Senator Ted Cruz over Cuban's support of players kneeling during the national anthem.

"The National Anthem Police in this country are out of control. If you want to complain, complain to your boss and ask why they don’t play the National Anthem every day before you start work," Cuban wrote in a since-deleted tweet, according to Sports Illustrated.

"Really??!?" Cruz replied. "NBA is telling everyone who stands for the flag, who honors our cops and our veterans, to 'piss off?' In Texas, no less? Good luck with that."