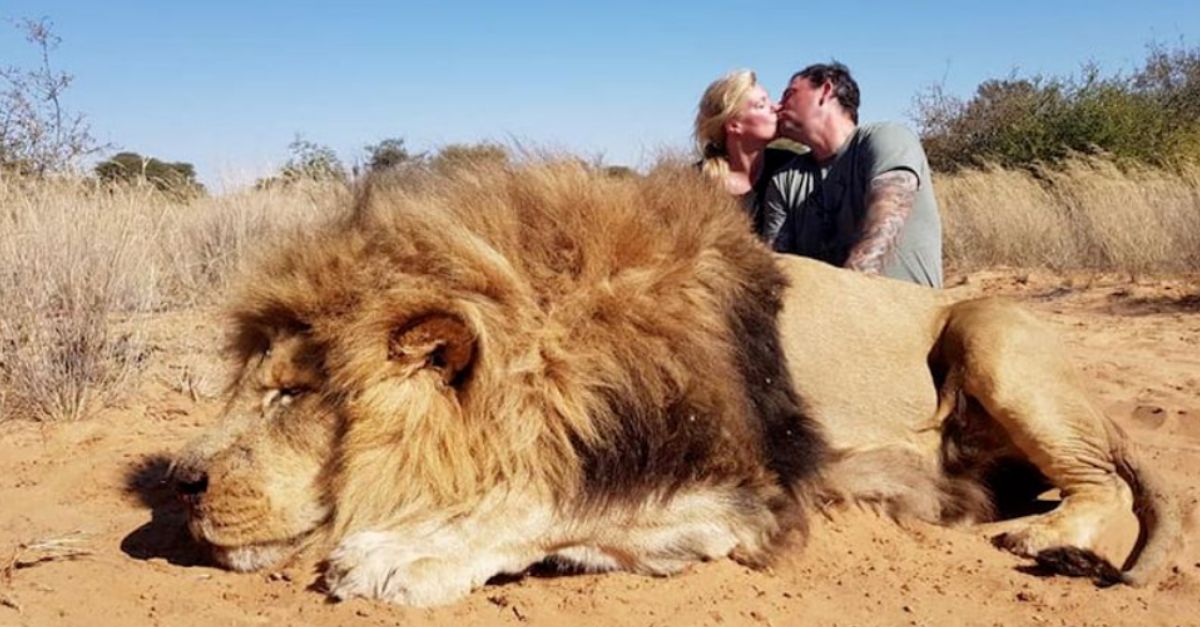 Couple Kiss In Photo Next To The Lion They Killed

Much like circuses, trophy hunting was once considered a perfectly acceptable way to spend your time. Both practices have had objectors for decades, but most people would likely just be fascinated to hear about a trophy hunter's adventures in Africa and other regions known to feature exotic animals.

As people become a lot more able to see the consequences of this hobby, however, they also find it harder to justify. This makes a boastful trophy hunter more likely to be met with disgust than any real interest or admiration.

Despite this shift in the public's ethics, particularly after the 2015 killing of Cecil the Lion, the practice still continues and attracts interest from hunters all over the world.

When evidence of these hunts are made public, the backlash is swift and passionate. So we can only imagine the fallout from a photo as shocking as the ones we'll see today.

On a normal day, Darren and Carolyn Carter of Edmonton, Alberta, Canada would describe themselves as "passionate conservationists." 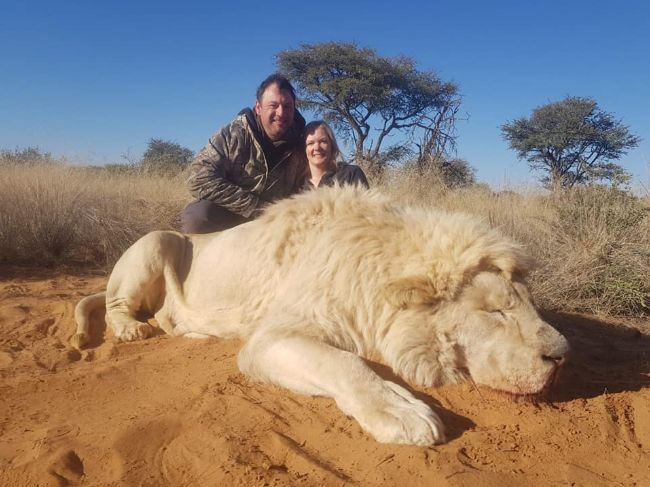 However, as The Daily Mail reported, that passion becomes difficult to understand when presented with evidence that they took part in a safari explicitly intended to hunt African animals.

Photos posted on Facebook by the tour company, Legelela Safaris, show the couple proudly posing with the carcasses of two dead lions. 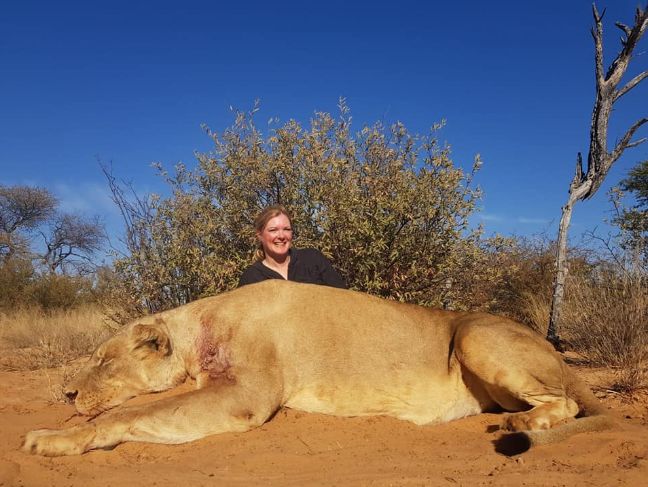 Although the company's account is no longer available to the public, the photos once featured captions like, "There is nothing like hunting the king of the jungle in the sands of the Kalahari. Well done to the happy huntress and the team..."

Specifically, they were referring to the Kalahari Desert in South Africa. 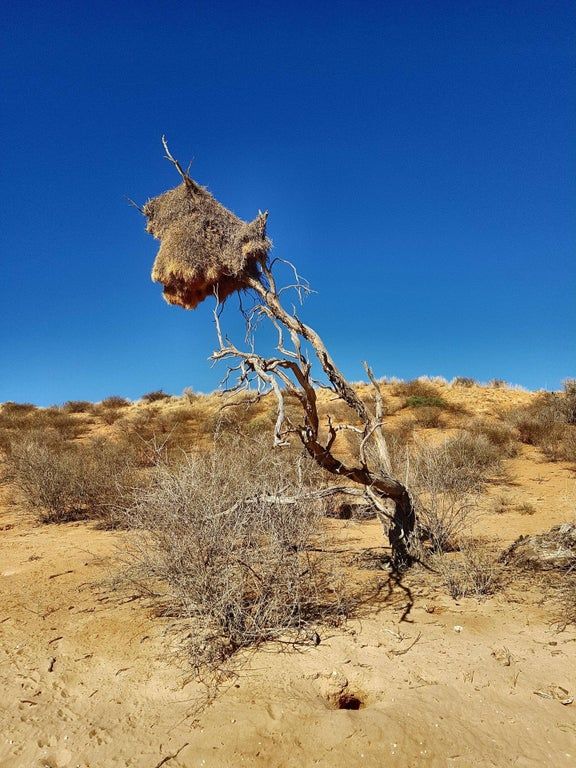 Neither the location or the photo's subject matter were unusual for Legelela Safaris, who The Daily Mail reported regularly featured grinning hunters standing next to their kills with their guns proudly raised.

What was unusual, however, was one photo that featured the couple kissing next to one of the lions they had killed. 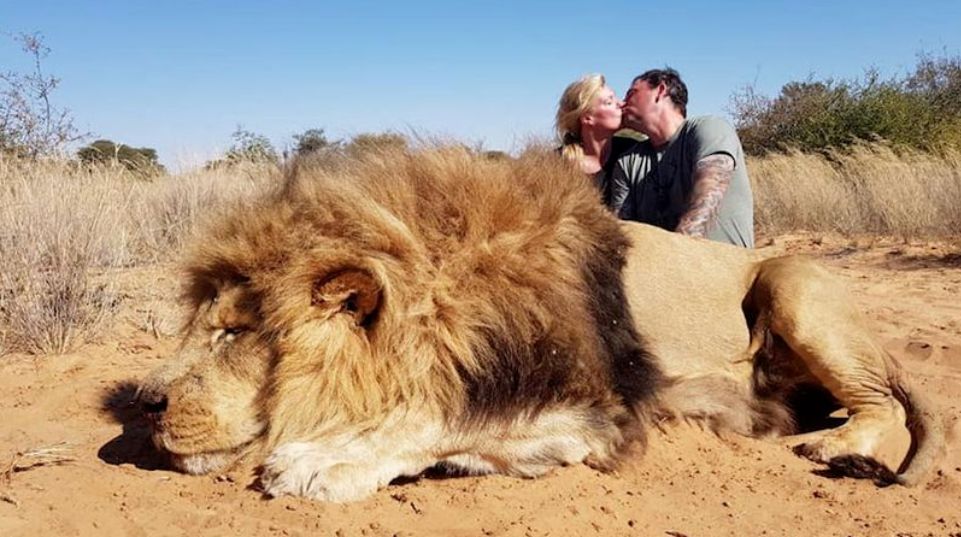 The circumstances under which these animals were likely killed led Campaign to Ban Trophy Hunting founder Eduardo Goncalves to say, "This couple should be utterly ashamed of themselves, not showing off and snogging for the cameras."

As far as Goncalves could tell, the lion in the photo was bred specifically to be hunted this way. 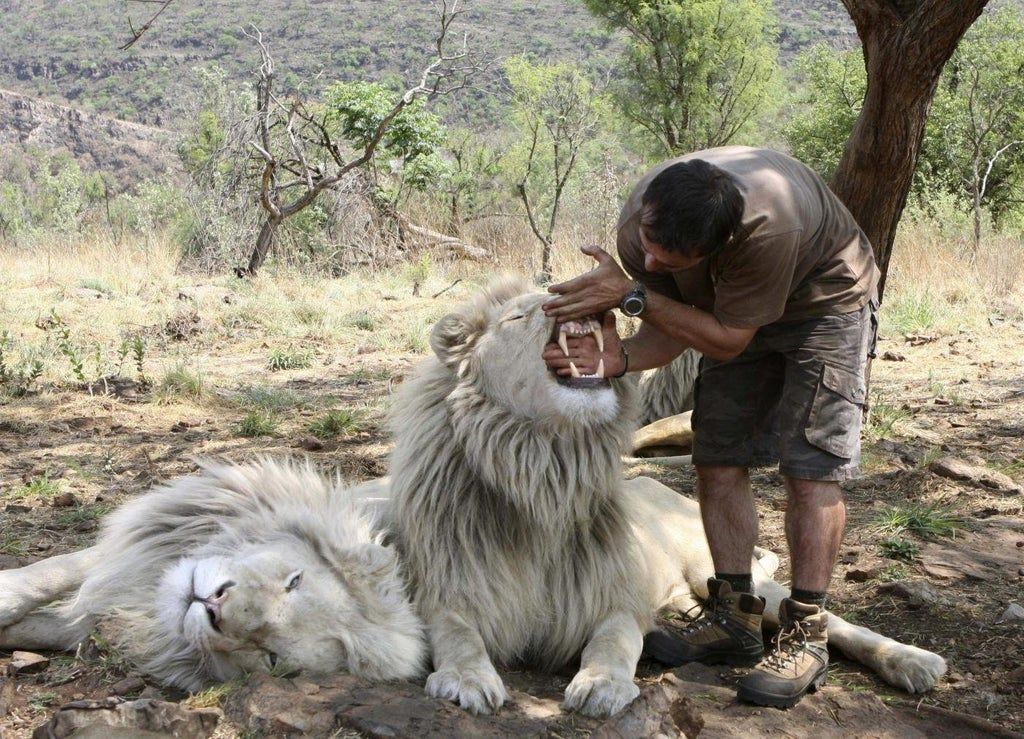 As he said, "It looks as though this lion was a tame animal killed in an enclosure, bred for the sole purpose of being the subject of a smug selfie."

Indeed, however you feel about hunting as a sport, it's hard to take much pride in it when others do most of the work ahead of time.

And if the lions were bred for this purpose, they're far from the only animals that Legelela Safaris has available. 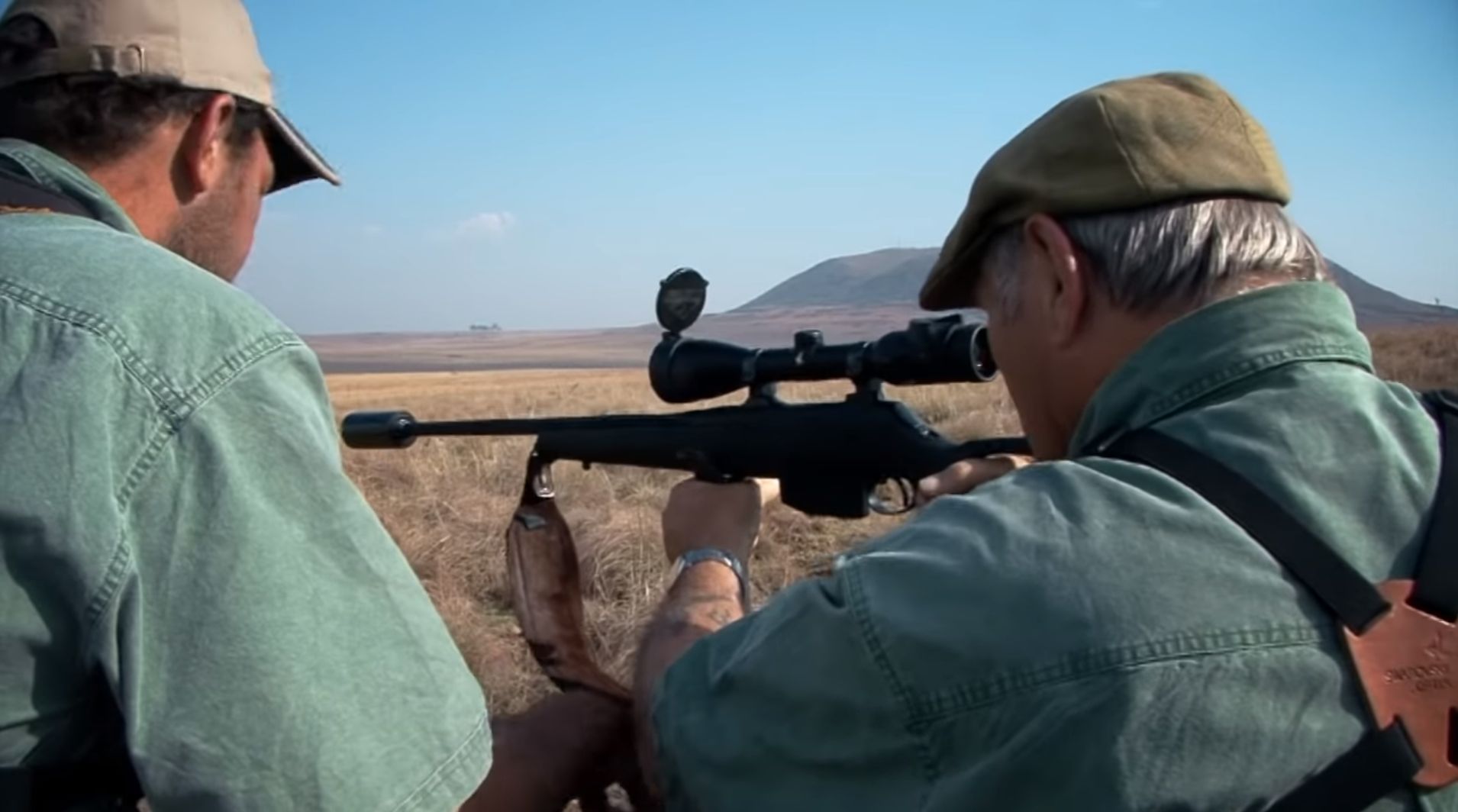 Their website features a price list of the wide array of animals one can pay them to hunt, which include giraffes for about $3,000 each and zebras for about $2,500 each.

For lions, this price is determined on-site and likely varies by individual animals.

The couple involves apparently run a taxidermy business together in Edmonton and didn't wish to discuss the hunts they were involved in. 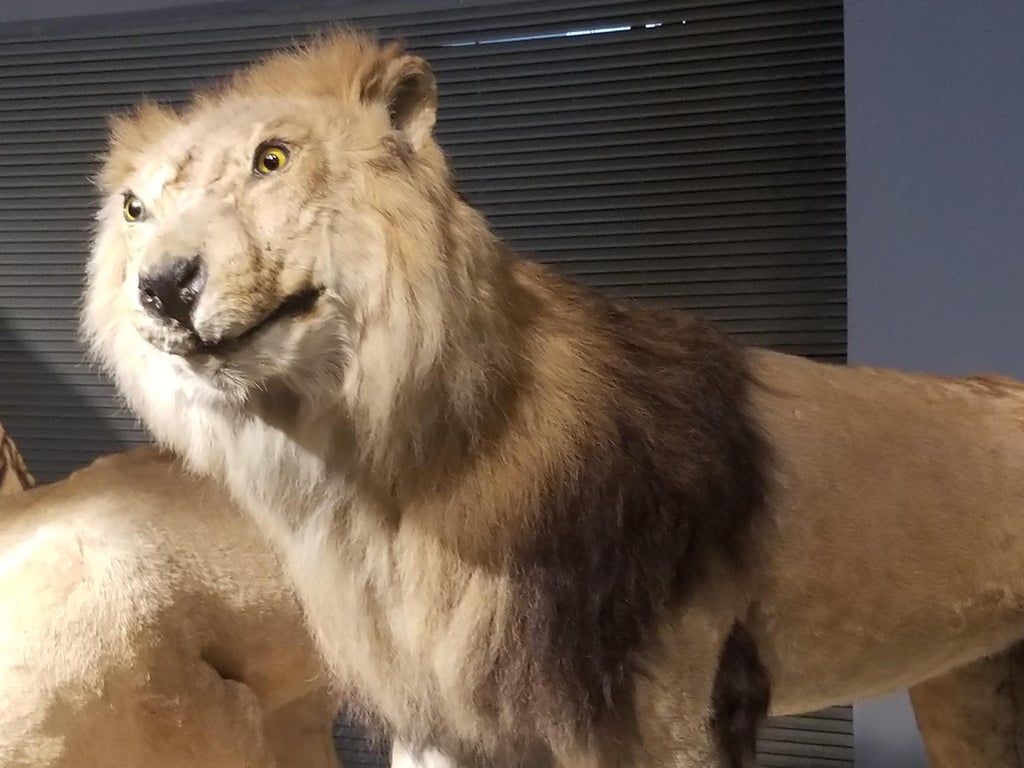 As Darren Carter told The Mirror, "We aren’t interested in commenting on that at all. It’s too political."

Although trophy hunting may not be a widely accepted practice anymore, it remains a legal one. 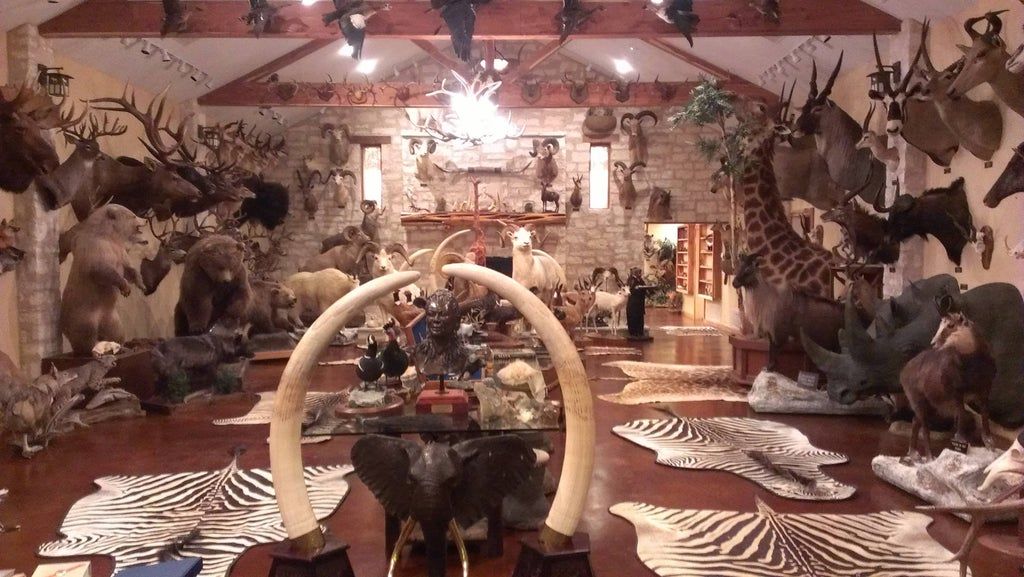 As The Guardian reported, American trophy hunters can bring the parts of animals listed under the Endangered Species Act into the country as long as they can prove their hunt improved the species' chances of survival.

The Toronto Star reported in the Carters' native Canada, the couple could legally transfer trophies from the lions involved if they obtained a permit from the Convention on the International Trade in Endangered Species beforehand.