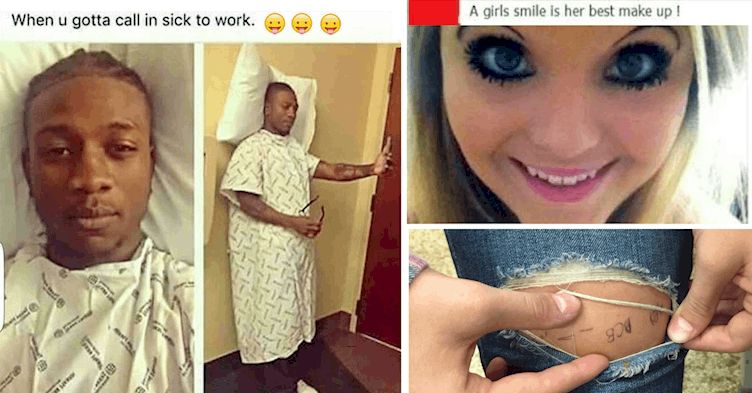 24 People Who Were A Little Less Than Honest

It's odd that the question "are you calling me a liar?" holds so much power. Like, most people will immediately get flustered and start backpedalling like they're a vampire and you just held up a crucifix.

1. The worst lies we tell are the ones we end up believing ourselves. 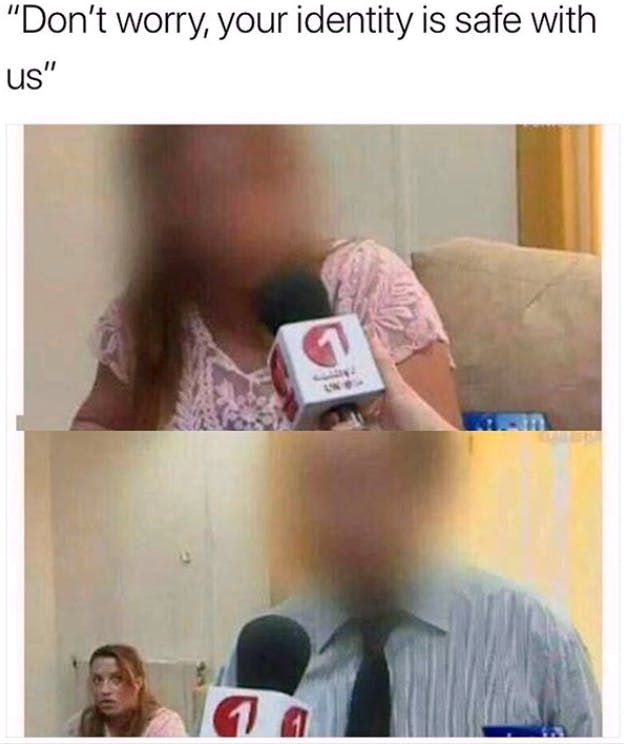 Sure, whoever did this probably didn't decide they were gonna be mean and show this woman to the world, but her identity definitely wasn't safe with them.

2. Aww, at least Jaxon here decided to drop the ruse and didn't double down. 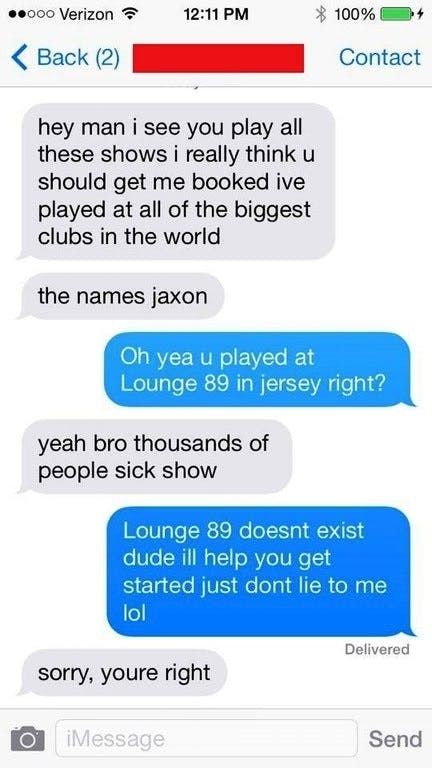 You ain't gotta lie to kick it, especially if your lie doesn't make any sense. If dude already played the world's biggest clubs, why does he need help to get booked?

3. Teasing us with a fake fry has to be the only reason they even bothered doing this. 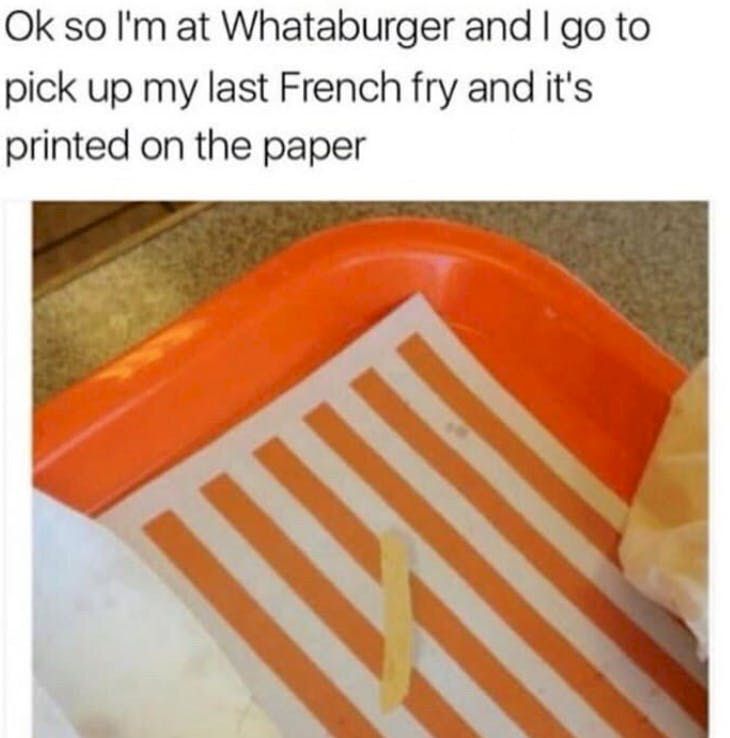 Like, it's not their logo, and it seems to be the only food item printed on the placemat, so trolling is the only explanation.

4. Apparently, this proud grandma cannot get an "amen" as long as her son's on the case. 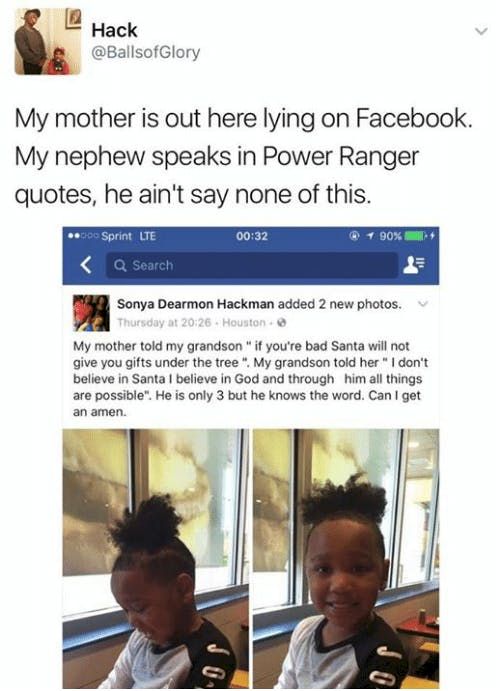 This only makes me curious about the profound words the Power Rangers have been saying all along. "It's morphin' time" must mean a lot more than I thought.

5. Well, I guess we wouldn't know the truth if they never showed us the lie, so I guess we have to give them a little credit. 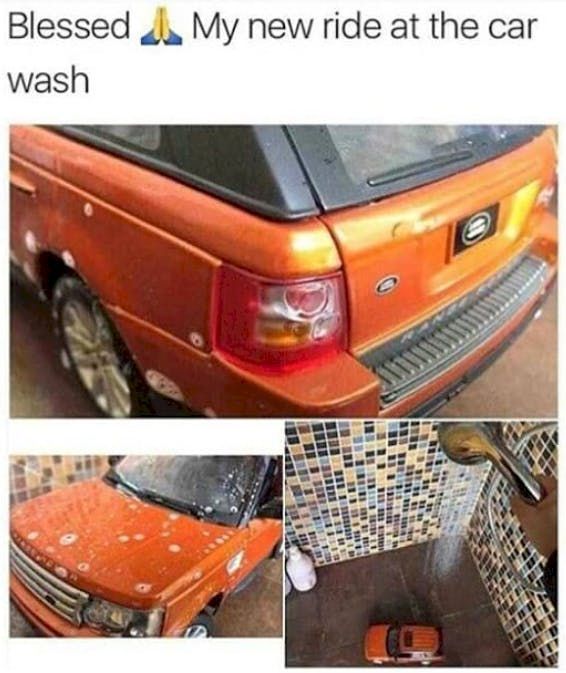 Maybe the thought of standing in the shower for so long and never coming clean really got to them.

6. This is why trying to entice new dates with a group photo is never gonna work out. 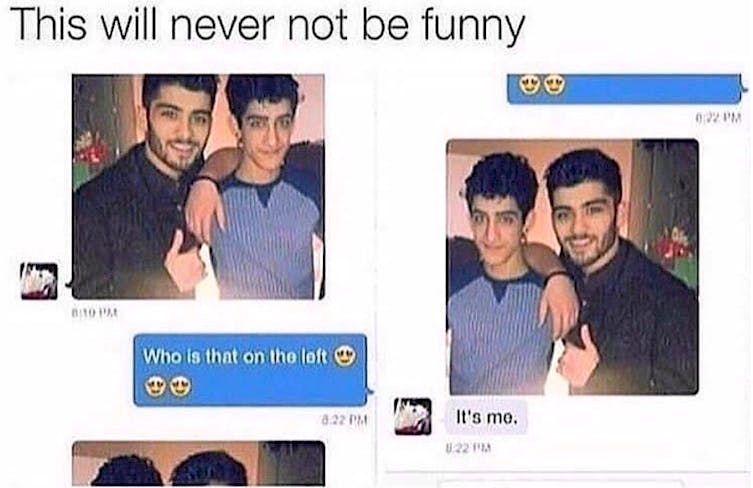 This is the best response I've seen after finding out who people are really interested in, and it still probably didn't work.

But I guess that depends on her sense of humor. 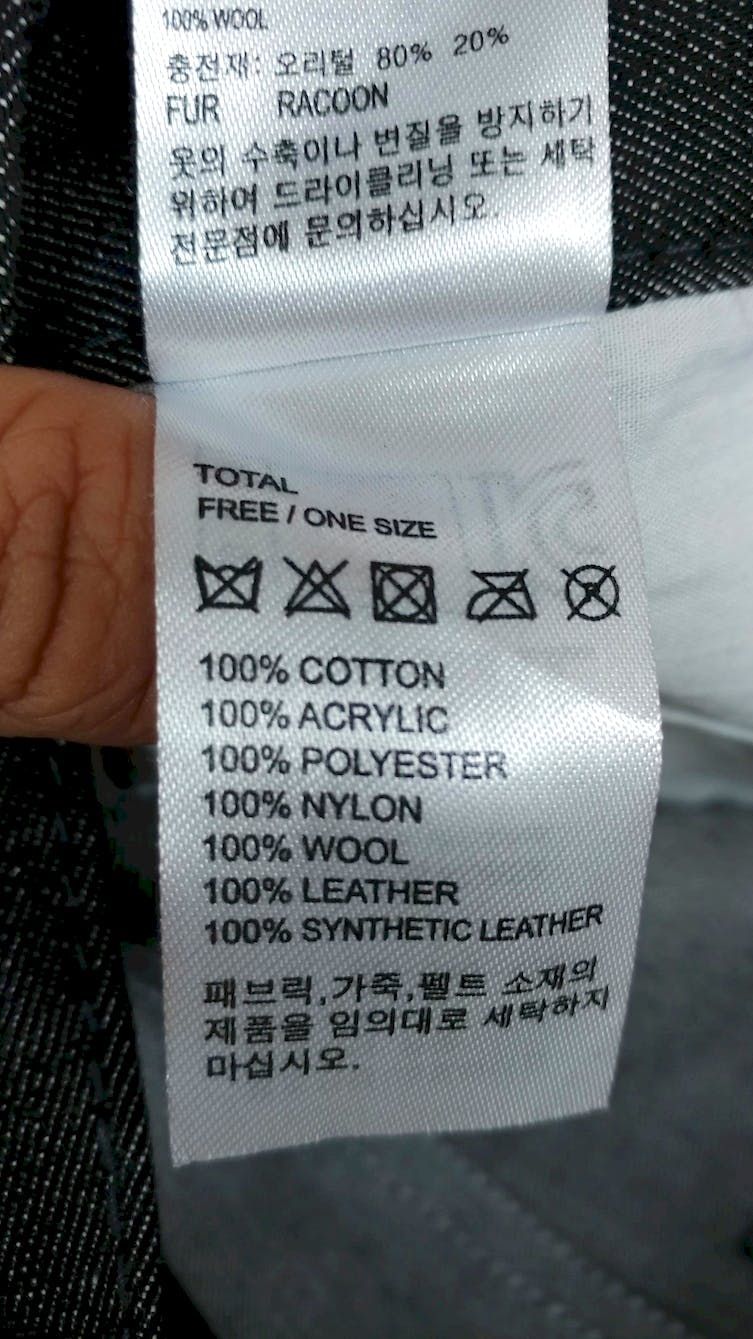 For all the convincing this tag is doing, they might as just put "uh, I mean" between each of the materials this thing is totally made of.

8. I like how this kid let her little ruse get to the hospital stage. 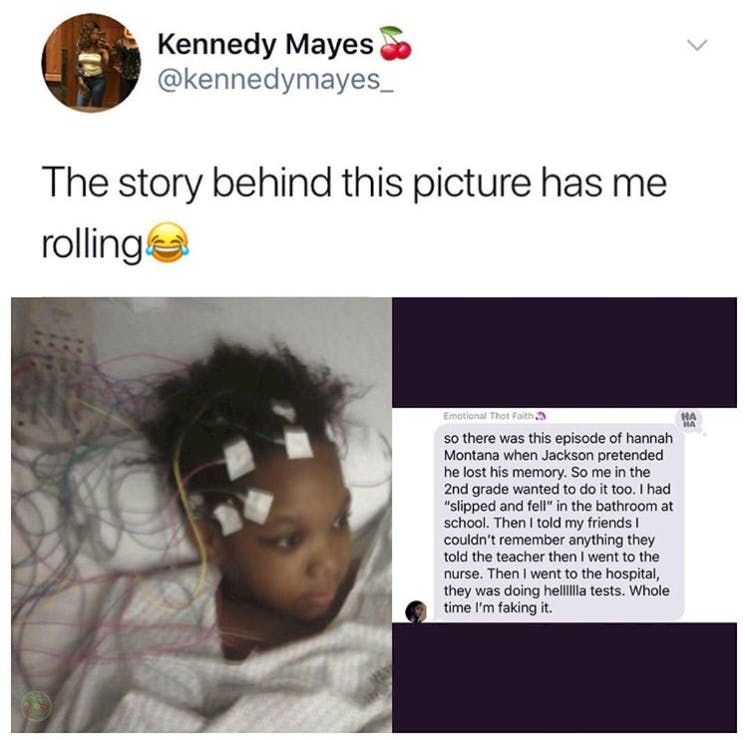 Like, I would kind of understand if she wanted to get out of school, but she wasn't even the one who told the teacher. What inspires that kind of commitment?

9. I think we've found the only person in the world who's managed to fail an IQ test. 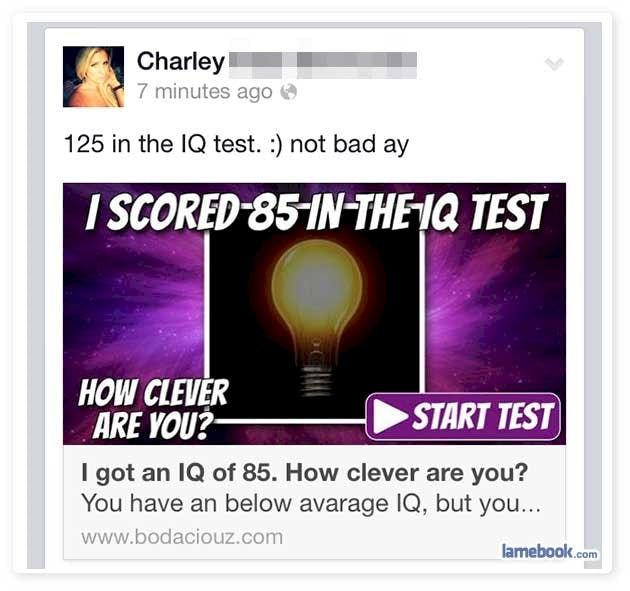 Not because she scored an 85, as amazing as that is, but because she was outsmarted by the test even after she took it.

10. Hmm, I can't really see this app catching on if it's gonna snitch out its users like this. 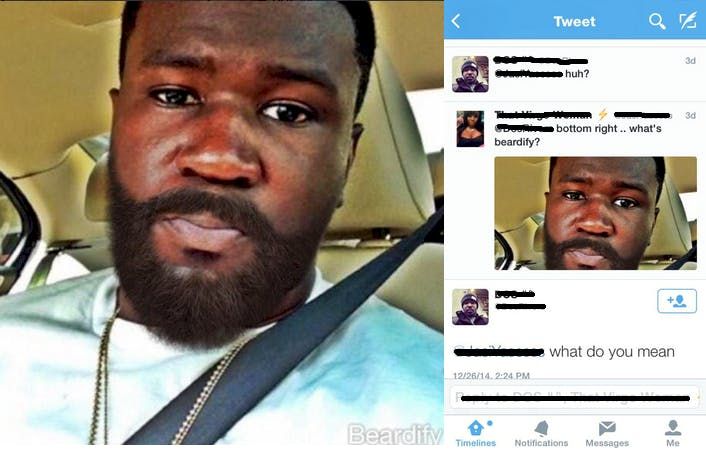 Maybe the creator of this thing got catfished or something, and this is all part of their elaborate revenge.

It seems to be working.

11. Even the kid whose uncle "worked at Nintendo" was more believable than this. 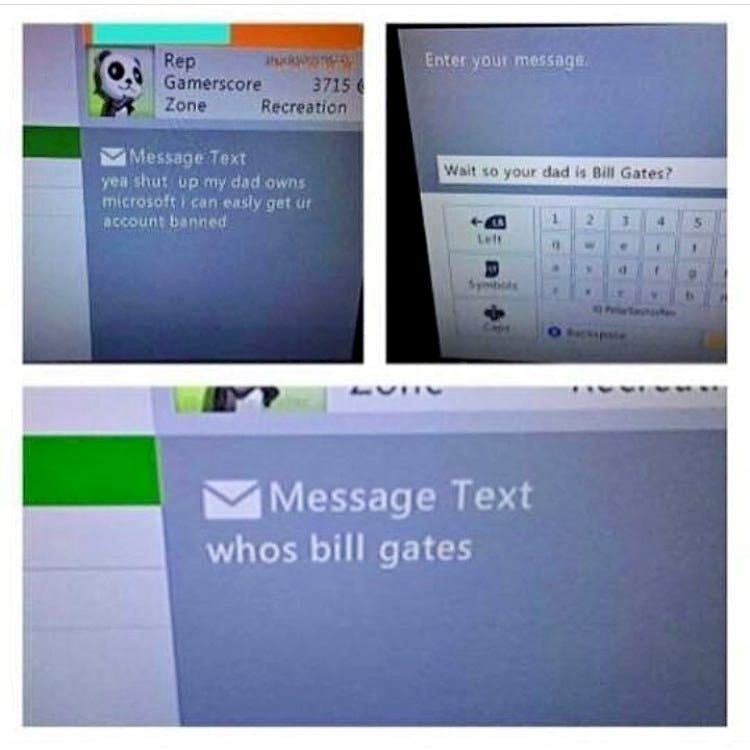 Plus, that kid wasn't trying to get people's accounts banned. He just made us waste our time trying to get Mew in Pokémon Red like he swears he did.

12. In between all the fake beards and fake Bill Gateses, it's nice to finally see someone using the power of deception for good. 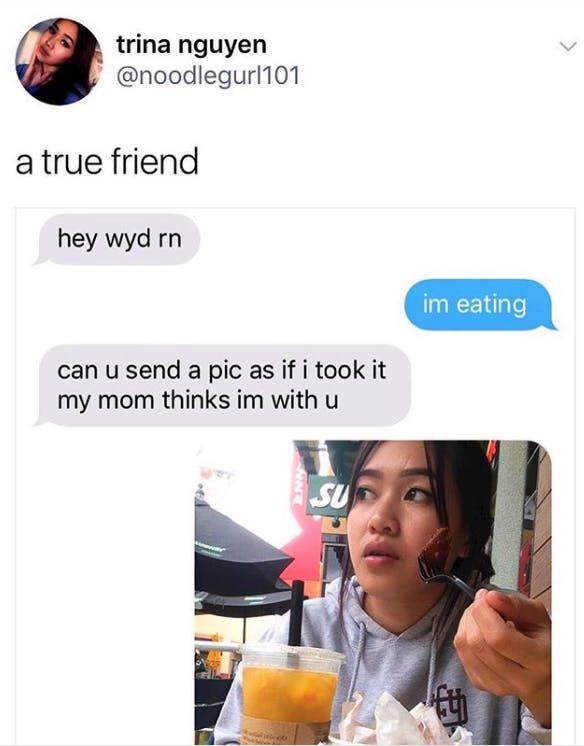 I suppose that depends on what this person is actually doing, but the point is that their friends have their back.

13. Haha, I wonder how long it took to find an angle that didn't show this bear's weirdly long legs. 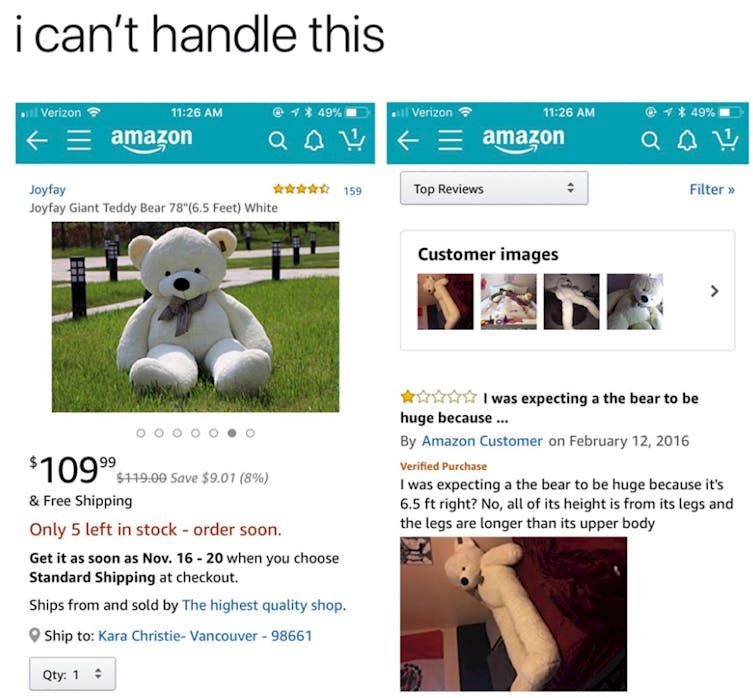 I feel like this is gonna make for some pretty awkward cuddles down the line. I suppose NBA stars need teddy bears, too.

14. Hmm, the problem here is finding who the honest one is in this relationship. 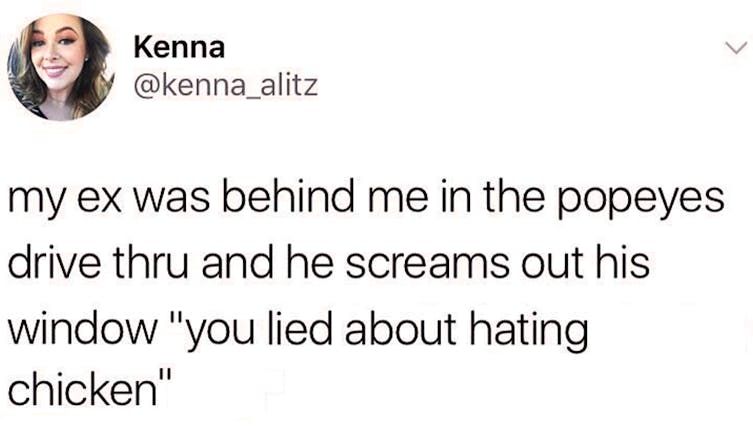 I'm gonna guess it's this woman's ex because lying about hating chicken seems like a totally nonsensical thing to do. Like, what do you gain from that?

15. Well, I'd hate to argue with an inanimate object, but I fail to see how this sign isn't in use. 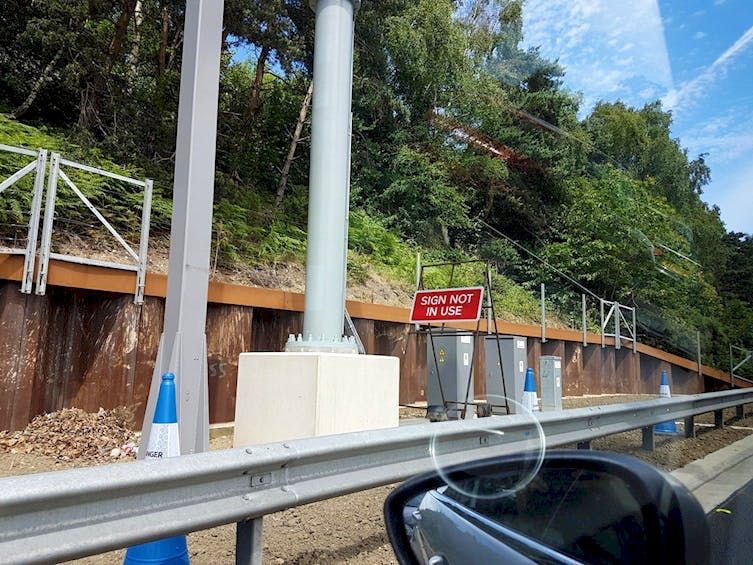 Granted, it's not really saying anything important, but somebody bothered to stand it up and put it at the side of the road.

16. I wonder if this guy's next trick is to go to a family reunion and claim he has fans of all ages. 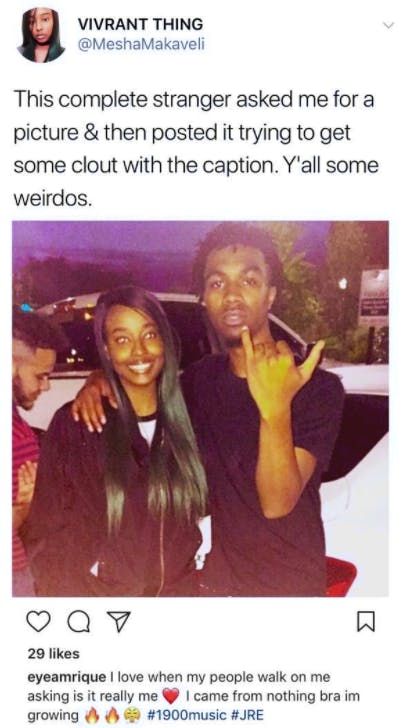 I guess that depends on whether or not he'll ever read this because that's a brilliant idea — if I do say so myself.

17. Uh-oh, looks like our dishonest friend here isn't quite as clever as they thought. 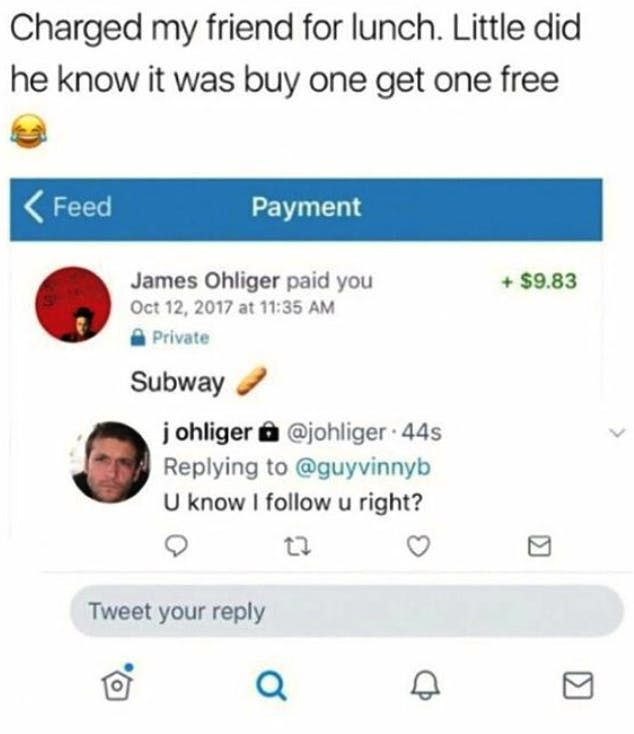 Let that be a lesson. If you're gonna lie, don't brag about it afterward or you won't get away with it...

Wow, that's my lesson? I'm not a good teacher.

18. Excuse me, sir, I was promised a magic trick and the only thing that's disappeared is my hope in getting one. 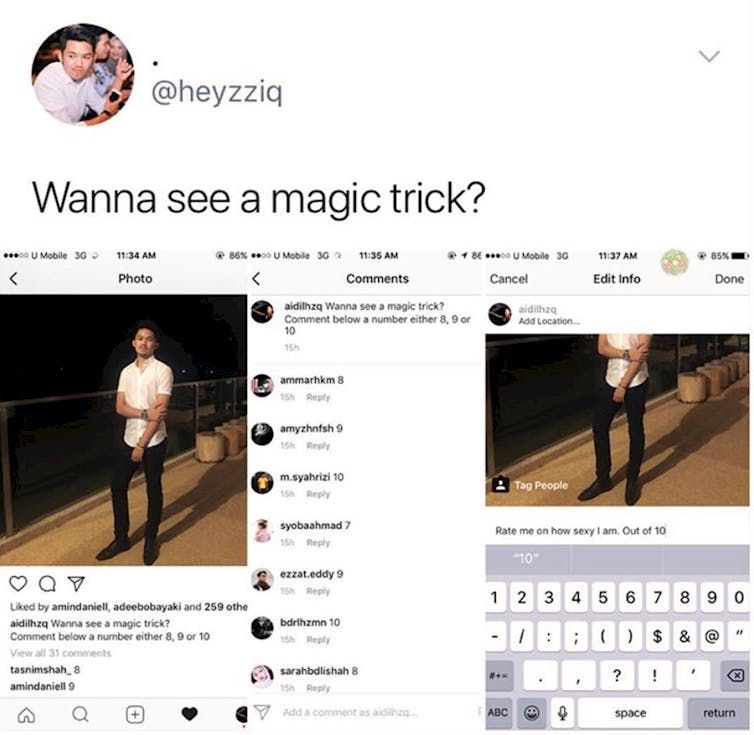 Well, I guess it's good to see that one little rebel actually wrote the number 7 as their comment instead.

19. Now, now, let's not jump to conclusions. We don't know that Megan is being dishonest here. 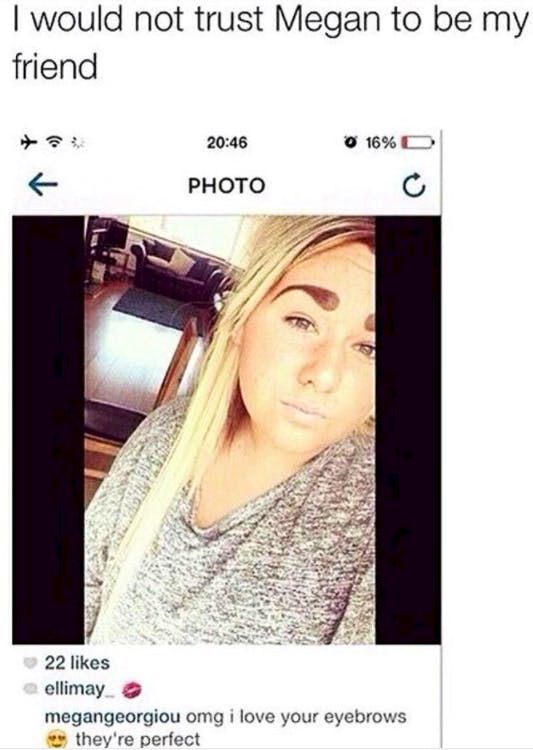 It's entirely possible that she's just a really big fan of quotation marks and was really excited to see them in eyebrow form.

20. Hmm, I guess it should've seemed a little fishy when the hotel talked up the curtains instead of the view. 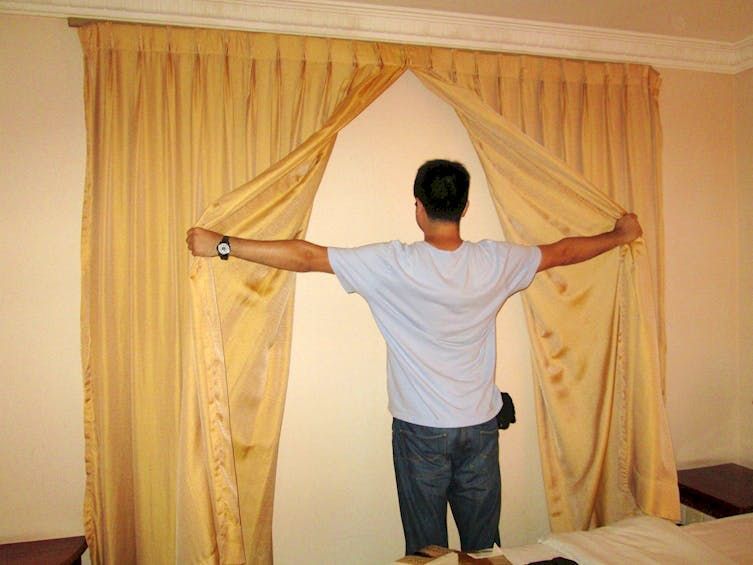 I'd love it if this guy complained and the staff told him that there's just a big blizzard going on.

21. Well, well, well, it looks like there aren't any hardwood floors in a house of lies. 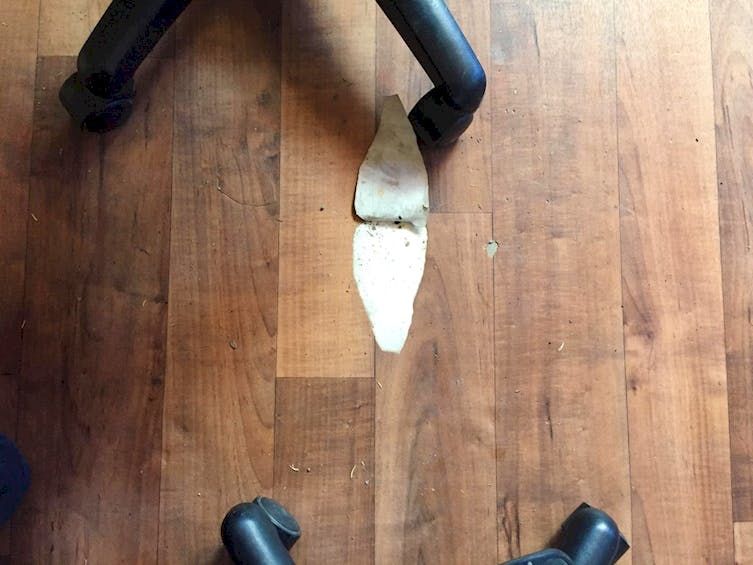 I'm guessing that the suggestion box in this place just leads to the garbage chute. If even the floor is lying to us, it's only natural to assume the worst.

22. The best part about this is that it only takes a slight hand movement to cover up the evidence. 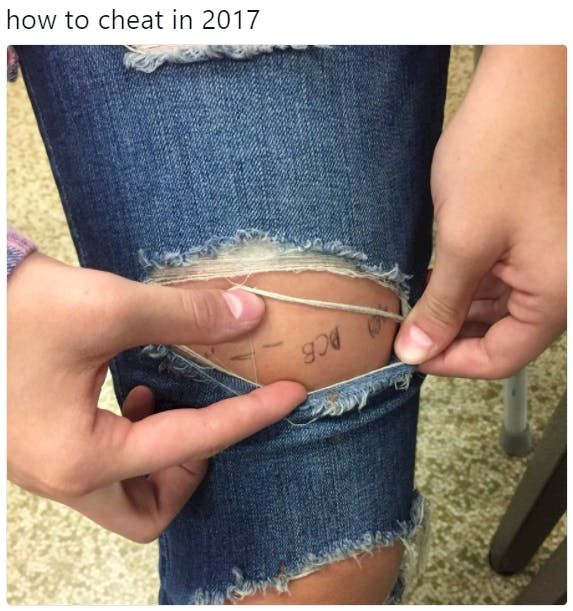 Now they just need a way to look at their knee without being obvious about it and they're in business.

23. This person knows you don't want to give the manager a chance to say, "You're not that sick, you're coming in." 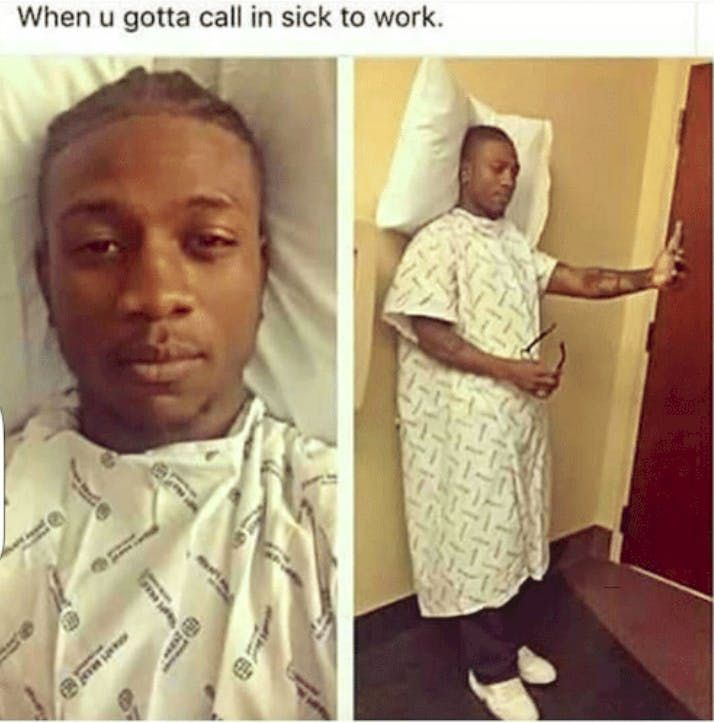 It probably helps to Google something that's super contagious and dangerous and claim you have that.

Not going to work still takes a little homework.

24. Yeah, I don't think I'm out of line in assuming she used more than "a little" mascara here. 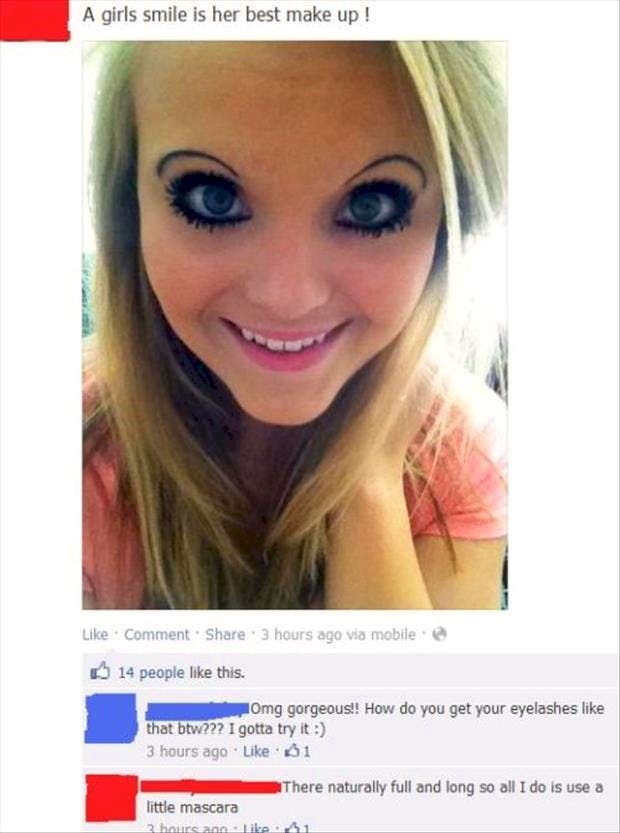 "Well, you know, my eyes just naturally line themselves with a black film that clumps in the exact same way that mascara does. Neat, huh?"